The History of Hockey Goalie Gear

If it has something to do with hockey goalie gear, this article covers it. 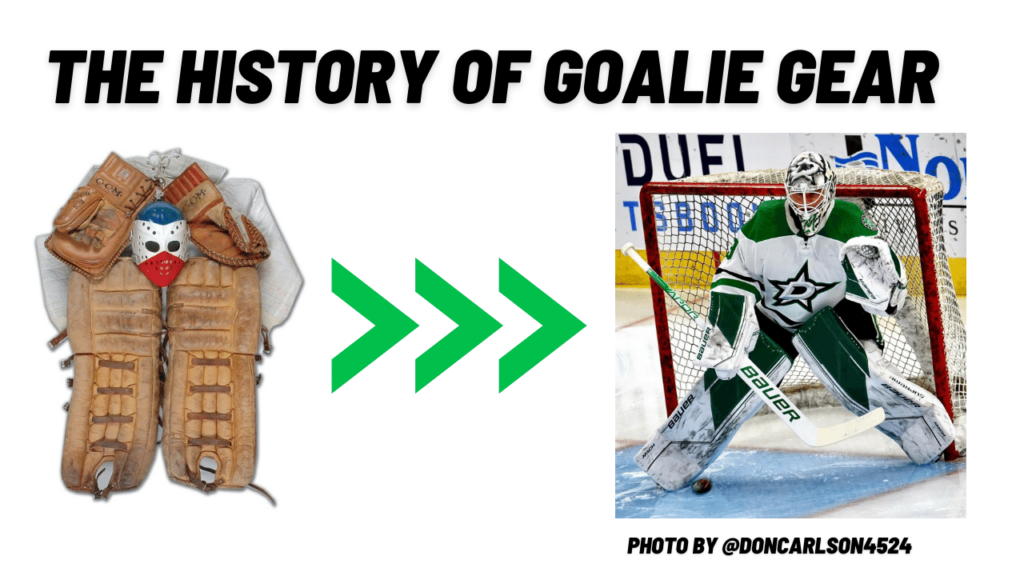 How Innovation Has Changed Goalie Gear Over The Years

Since the dawn of time when it comes to the sport of hockey, goalies have existed. At some point in your life, you’ve probably caught yourself wondering about the history of goalie gear. In this deep dive, we’re going to take a look at the history of goalie gear. We’ll look at companies who have manufactured gear (some of which are no longer with us), styles of gear, trends in the industry, and much more.

And for those of you who ended up here looking for gear reviews, check the page we’ve linked. We do our best to organize our content in a way that makes sense to our readers.

These are the different categories of goalie equipment a hockey goalie wears.

The History of Goalie Pads

From sizing goalie equipment, to the materials used when making goalie pads, just about everything with this critical piece of gear has changed since it was first invented, if you will.

When Did Goalies Start Wearing Pads?

A Timeline Of Innovation in Goalie Pads

The History of Goalie Masks

When Did Goalies Start Wearing Masks?

Put something about goalies first wearing masks in whatever decade they were popular.

A Timeline Of Innovation in Goalie Masks

The History of Goalie Skates

A Timeline Of Innovation in Goalie Skates

The History of Goalie Sticks

A Timeline Of Innovation in Goalie Sticks