How To Tape A Goalie Stick

Taping a goalie stick involves slightly different technique then that used when taping a hockey stick. Goalie sticks use a lot more tape, and they’re most commonly taped in three different places: the blade, the paddle grip, and the knob.

Advantages of taping a knob on a goalie stick

Step by Step How To Tape A Goalie Stick

Taping the goalie stick is very similar to taping a hockey stick, with the exception of the style of tape used. Most goalies use a wider hockey tape to tape their stick, because it takes less of it, therefor reducing the weight. The disadvantage to using wide tape when taping a goalie stick is it leaves less room for overlap, which decreases the amount of blade protection.

This is important as it will help the tape adhere to the stick blade better, increasing the life of your tape job.

Choose your tape and tape color

Ever wonder what color tape should be used when taping a goalie stick? White is the most common type of tape used to tape a goalie stick, for one single reason. White tape is harder for a referee to confuse as a puck in a situation where the goalie is scrambling for the puck in their crease. Believe it or not, this is the reason most goalie sticks are taped white.

The style of tape also matters. Most goalies utilize a wider tape, to reduce the amount of tape and weight they’re adding to the stick. Wider tape provides less double coverage, so it does decrease the protection offered by tape on the blade.

Decide whether or not to utilize a flat tape layer

Tape from toe to heel

Always start taping from the toe of the goalie stick. The reason why goalies tape from toe to heel, is that the tape lays in such a way that the puck rolls off the stick when shooting or passing. It’s a subtle difference, but it makes a difference. Taping the stick should always be done from toe to heel.

Once you’ve applied tape to the desired amount of the blade (we recommend taping the full blade, an inch past the heel), it’s time to flatten the tape itself. Flattening the tape can be done by hand, or with a puck. Flattening the tape of a goalie stick helps it to better adhere to the blade itself, increasing the life of your tape job.

The majority of goalies use wax on their tape to lengthen the lifespan of the tape used, as well as to improve puck control. It’s recommended that you wax a goalie stick for these exact reasons. When waxing a goalie stick, ensure that the entire blade is covered in wax. Unlike players, a goalie keeps their stick touching the ice for the majority of the game, so it’s likely to run through tape much faster.

There are countless goalie stick tape job examples out there. Here are a few of our favorites.

Thatcher Demko uses a 3/4 tape job on his stick. Photo by @doncarlson4524 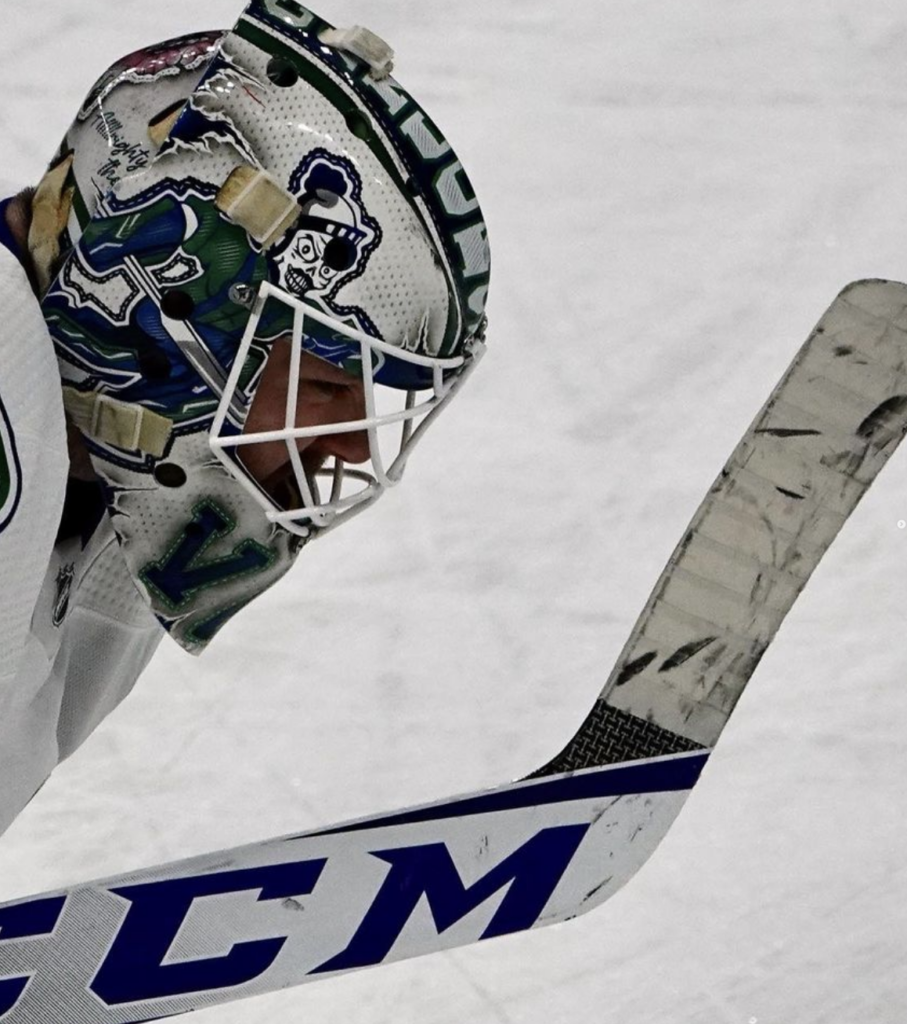 Olle Eriksson Ek of the Anaheim Ducks uses a minimalistic stick taping style, with hardly any tape on the blade of his goalie stick. Photo by @doncarlson4524 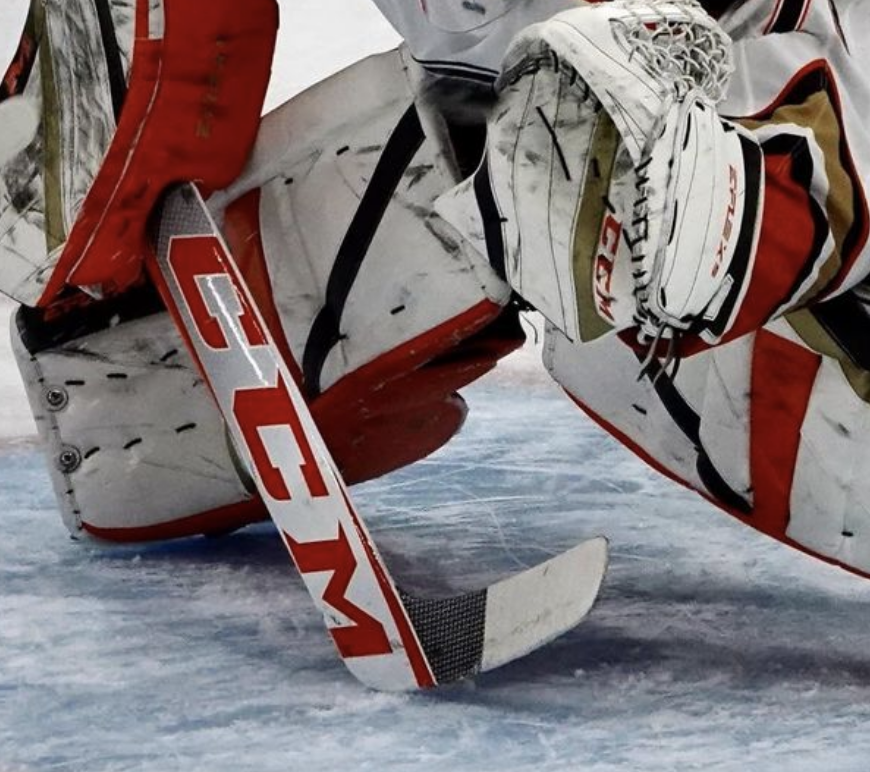 Lukas Dostal of the Anaheim Ducks overtapes the heel of his stick, leaving the toe exposed. Photo by @doncarlson4524 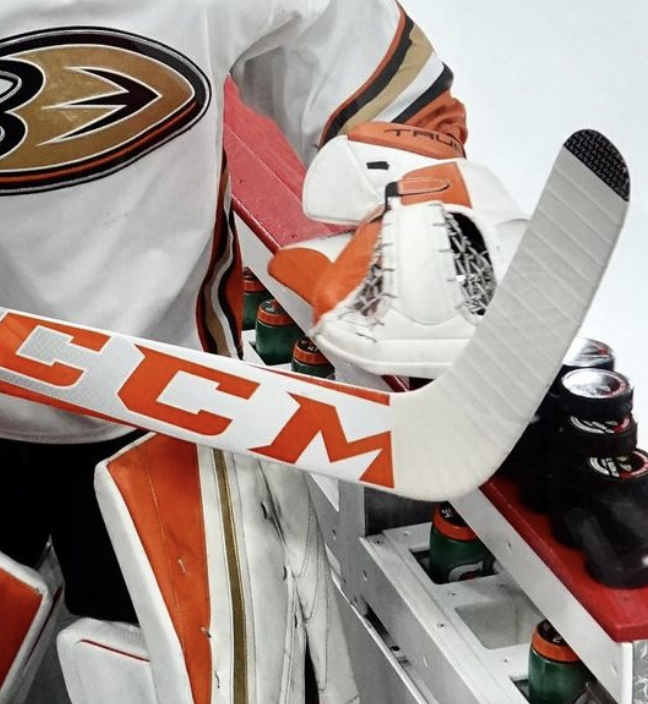 Taping the paddle grip of a goalie stick is a relatively straight forward process and it’s actually not necessary that a goalie does it. With that being said, it can dramatically improve both the shock absorption of the stick, as well as increase a goalies ability to control rebounds.

Whenever tape is added to the paddle grip section of the goalie stick, it gives the goalie the ability to move the stick more dramatically, quickly. This aids in rebound control as less movement is needed to redirect the puck.

One of the most common ways to tape the paddle grip section of the goalie stick is to utilize medical tape, secured by hockey tape on the top and bottom.

Here are some examples of how to tape the paddle grip section of your goalie stick. 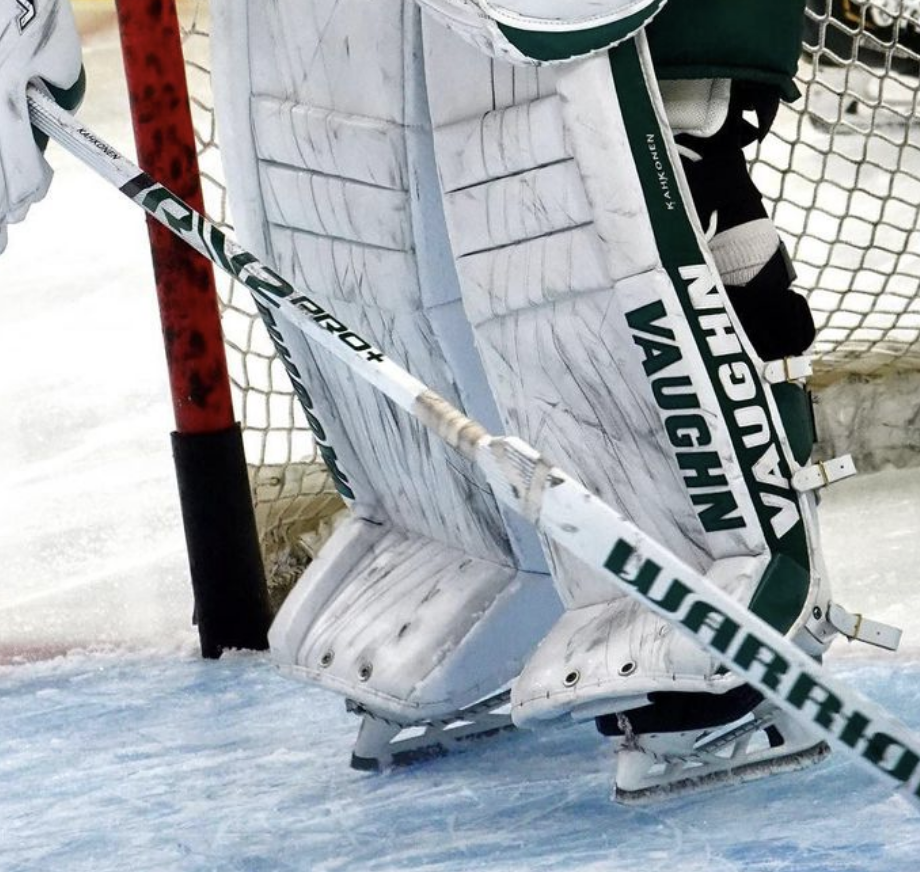 Properly taping the goalie stick knob is one of the most important parts to taping a goalie stick. Knobs must be taped so that the goalie can use their blocker hand to stop the stick when used in poke checking, as well as for improving puck control when shooting or passing the puck.

Arguably, taping the knob is most important than even properly taping the paddle grip section of the stick. Without taping the goalie stick knob, the goalie is left with a slippery surface that dramatically reduces overall puck control when handling the puck.

There are many different techniques to taping the goalie stick knob. Here are a few of our favorites.

Braden Holtby uses a large top of stick knob. This likely takes an entire roll of tape. Photo by @doncarlson4524

Thatcher Demko uses a large knob with a finger grip taped halfway below the large knob. Photo by @doncarlson4524

Alex Lyon uses one of the more interesting goalie knobs I’ve noticed in awhile. It appears to be a wide length of medical grip tape at the top of his stick. Photo by @doncarlson3424 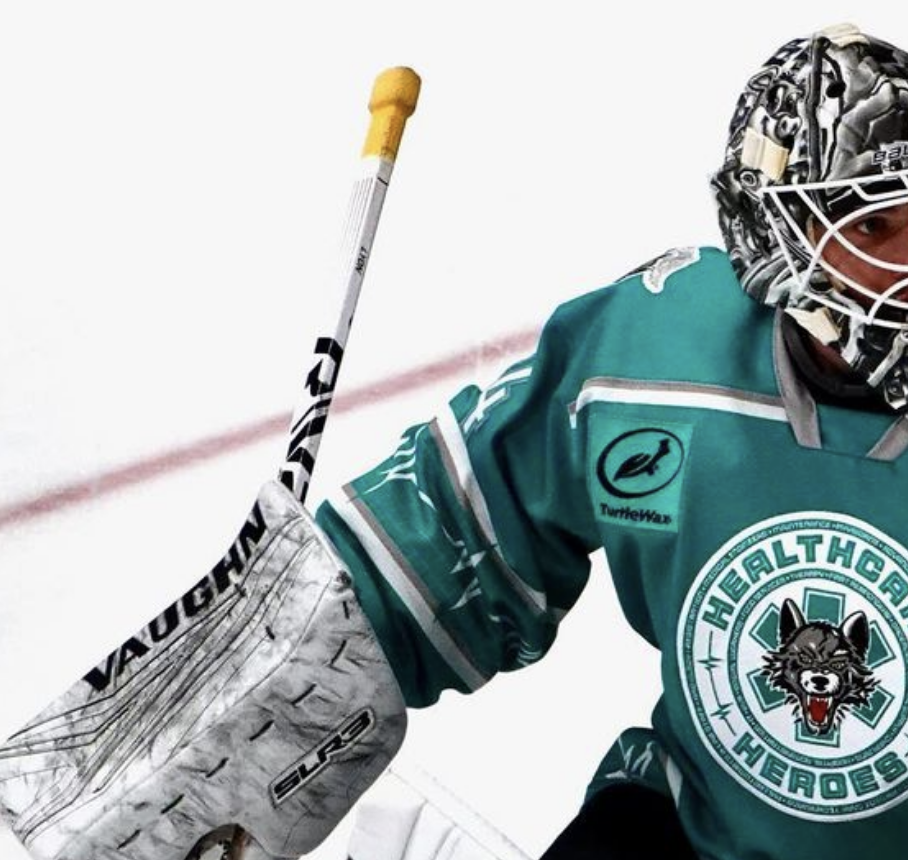